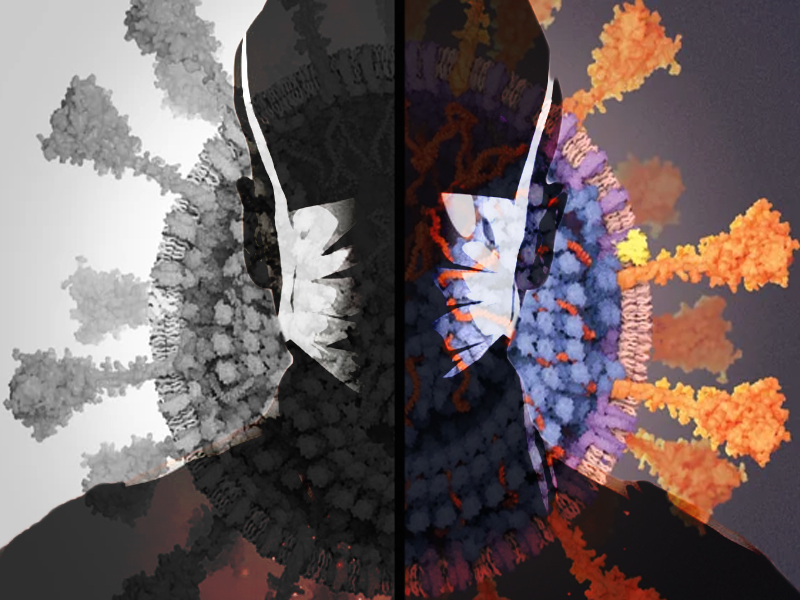 “Apocalypses and The End of the World have always made highlights whenever put on a spot. For years, millennials have dreamed of and imagined fighting T-Rex, zombies, nuclear attacks, white-walkers(ahem, still a sore spot). Oh and how were we proven wrong by a miniscule Wuhan bred Virus. Who would’ve thought, the status quo of masks would surpass that of pants, sanitizers would be our ammo and homes, our bunkers. And for me, the longest vacation of my life would be spent on the college campus.

I remember worrying about the last minute assignments, project deadlines and club meets and Coronavirus was the least of my concerns. But the day the sudden onslaught of evacuation notice arrived, things went from 0 to 100, real quick. Lesson 1 of umpteenth lessons to learn in upcoming days: In memes, we ought to trust. Amen. One by one students departed quickly and gradually. But my flight had got cancelled indefinitely along with a few of my friends’ too. So 25 of us were stuck on the campus and the lockdown had commenced. The horror hadn’t sunk in yet, when we were informed of food accommodations by the Wardens. We were to have delicacies from our first year mess. No outside orderings, no outside wanderings. The next few weeks were spent sleeping, walking the deserted campus, grumbling and binging, in no particular order. Unproductivity at its peak. While our friends at home were making Dalgona coffee and cakes we were surviving on the last remnants of Maggi. We were grasping at straws when Co-op ran out of stock. Not losing a bit of hope, we decided to cook, but sweet surprise ahead; no ingredients. We were on a mission though, we divided tasks and collected each ingredient and cooked The Chicken Curry. We savoured the broth with newfound respect for food, cooks and mothers. Speaking of whom, the daily calls and messages from our parents had become a routine. On some days when one of us missed their folks too much, we would all hit the vacant beach. Not thinking about the loneliness or longing, just relishing the moment we were grateful to be having.

Not weeks later, we were relocated to the newest block’s fourth floor as Covid patients were quarantined in the Mega Towers. Albeit all precautions were taken and our minds put to ease by Wardens, the lingering paranoia remained. It was soon replaced with the onrush of monsoon. The campus was blooming with flora and fauna. The draught of bleakness was dampened by a wave of relief. Sipping hot tea on the terrace of the 7-floor building with a panoramic view of campus was eyegasmic. It felt for a jiffy, that everything was A-Okay, or at least going to be. Moments like this restored normalcy in the hauntingly empty campus.

It is said, ‘Sometimes you gotta do crazy things in order to stay sane’. And crazy we did, not too much though. From clapping in front of the empty HCC for the frontline warriors to playing cards until midnight. We were acquaintances before this ordeal but now we are a family. Realization hit when we recently completed 100 days. Sure, it wasn’t a smooth sail but we were still privileged enough to have basic amenities and protection. Of all the lessons learned, gratitude and togetherness were of utmost significance. Eagerly waiting for the day, the campus buzzes with life.”
– Allwin D’Souza

A Home Away from Home

Getting the most out of Quarantine