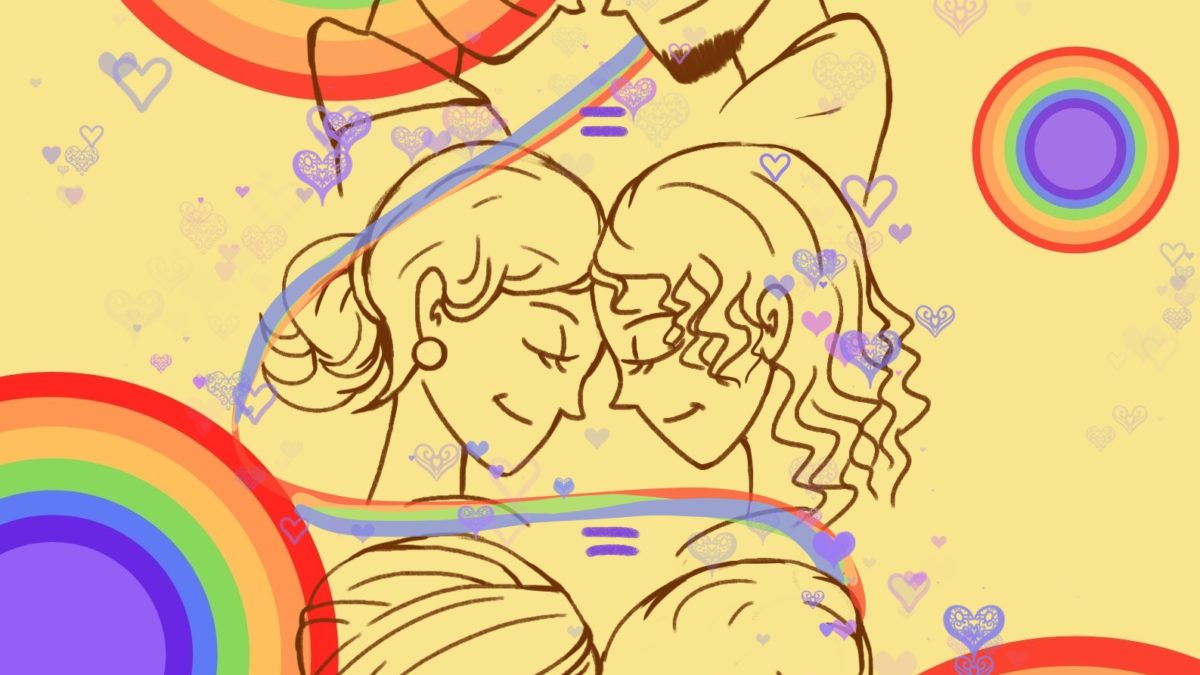 Many eons ago, on the crucial ninth day of the legendary war of Mahabharata, Krishna ordained Shikhandi(also known as Shikhandini) to fight Bheeshma. They were born as a daughter to King Drupad, who raised them as their son. Later married to a princess, Shikhandini was blessed by a Yaksha and transformed into a man. Shikhandi was instrumental in winning the war along with Arjun as they attacked Bheeshma with a devastating volley of arrows. Shikhandi embodies all queer people irrespective of their labels. This is one of the many epical anecdotes which ringingly addresses that homosexuality is not a ‘myth’ and can be found on every page of not only Indian but also World mythology. From Egyptian Pharaohs to Chinese Emperors, the Greek poet Sappho to Indian Brother-Gods Varuna and Mitra, all are prominent testaments to Queer presence throughout history and myths.

The Dark Ages(0 A.D.) marked the beginning of the downward spiral for Queer people, kick-started by the criminalisation of homosexuality by the Roman Empire. The Middle Ages(630 A.D) witnessed this criminalization spreading across Africa, Eurasia, and the Middle East, eventually reaching North China and India. Fast forward to the 19th century, where Britain’s harsh sodomy laws were implanted in its major colonies all over the world. In 1860, Britain revised its penal code for sodomy from death to life imprisonment resulting in a  long-lasting impact in India, Malaysia, Hong Kong, Canada and the rest of its colonies. The 20th century witnessed some significant uprising en masse as the Modern Gay Rights Movement took birth in the United States. The morning of June 28, 1969, beheld the Stonewall Riots at the Stonewall Inn in Greenwich Village of Manhattan, New York, which catapulted the resistance against Queer oppression, violence, and discrimination. The Pride month held every June commemorates the rebellion of Stonewall Riots as a turning point in LGBTQ+ history. The Pride Parade represents the spirit of freedom, self-affirmation, and acceptance within and beyond the society among Queer people. Extending from sober marches to carnivalesque events, Pride march is diversely celebrated in different parts of the world.

Garnering acceleration in the last couple of decades, the LGBTQIA+ movement has left no stone unturned in fighting for equal rights of all genders and sexualities. The newer identities like asexual, pansexual, fluid, non-binary, have also been integrated into the LGBTQ umbrella signifying the ‘+’ in the name. The impact of centuries of struggle and contention has emerged in the form of legal victories. On September 6, 2018, India decriminalized consensual same-sex relations, struck down the age-old section 377, and came in par with 27 other countries that legalized Homosexuality.

Though legal actions ensure freedom and acceptance for Queer people, there is still a long way to pave as a society that accepts LGBTQ people for their individuality and not their gender/sexual identity. Giving them equal respect, opportunities, legal rights, security without shunning or harassing them is the least society can offer. The deep-rooted prejudice and stigma fronting the unnaturalness of Queer people, cannot be eliminated overnight. Unlearning the societal norms and teachings in the name of ‘cultural and religious fronts’ is inevitable. Educating oneself to unlearn years of ingrained beliefs is arduous but not impossible. Citing Shakuntala Devi(The Human-Computer), the first of Indian allies and a pioneer of Queer activism in the ’70s, ‘On this level nothing less than full and complete acceptance will serve – not tolerance and not sympathy’ verbatim, from her book, ‘The World of Homosexuals’. The book, deemed to be notable for its progressive approach, was one of the earliest studies of Homosexuality and our society’s understanding of it. Acceptance is the answer, to one’s battle within themselves and the world, because it would suck to have to pretend to be ‘not you’ your whole life.

Having been conditioned to see the world in binary: black and white, good and evil, yin and yang for ages now, we have forgotten there subsists an infinity beyond infinities, a colorful spectrum. The moral grounds of good and evil are subjective and yin and yang are meshed together blurring said boundaries. Having ceased to question the whitewashing(on all fronts viz physical, emotional, mental), since colonial rule, the belief of freedom exists merely on paper. That we all are connected by love and not hate. That love is not conformed to any identity. We need to update ourselves with newer definitions of love, humanity and freedom, just how we tend to upgrade our devices. Choices make us who we are, opting for love is the easiest one.

‘Why be a bullet when you can be a dove,
Unlearn and learn, in lieu of a verbal shove,
For we all are akin, was told’ st by folks above,
With Pride, let’s assent; Love for all, all for love!’
Happy Pride!

Apprehensions of students regarding going back to college

Basic impact and overview of Coursera and edX during the lockdown