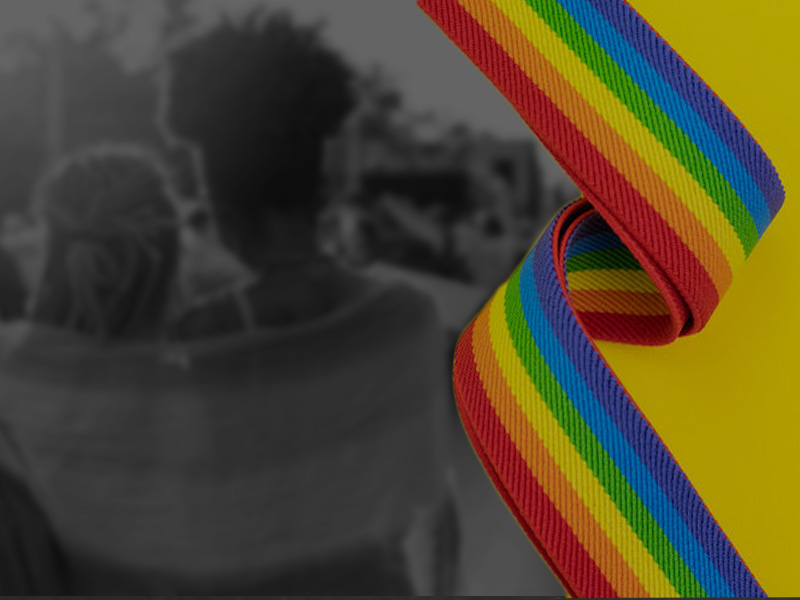 June is Pride Month when the world’s LGBTQA+  communities come together and celebrate the freedom to be themselves.

Pride gatherings are rooted in the arduous history of minority groups who have struggled for decades to overcome prejudice and be accepted for who they are. Starting with the Stonewall Uprising in June 1969, Pride Month both commemorates and celebrates LGBTQ activism and culture through the years

Pulse and Spectrum NITK presents ‘Our Pride’: our 2021 feature in honour of LGBTQ+ Pride Month. In this piece, we sat with a few members from the Spectrum to shine a spotlight on the movement and its pace through our college.

What does Pride mean to you?

“ I think Pride means accepting who you are, being brave enough to take a stand for what is right – a big metaphorical “Screw you” to an otherwise mostly hostile world.”
“In simple terms, to me pride means, treating and admiring everyone the same irrespective of their sexuality, social construct and whatnot.”
“ I think it’s a very privileged perspective as an ally, but to me, pride means being able to live and let live.”

What local issues do you think is affecting the global LGBTQ+ movement?

“Definitely. I have witnessed and observed several interviews where people have had the wrong perception towards the LGBTQIA+ community and the sole meaning of LGBTQIA+. The whole confusion behind this particular reason is predominantly due to the lack of awareness and I believe that we as changemakers should be responsible for enriching not just the older generations but the current generation on this pressing issue.”

“Due to people not having a broader view of the world, it can lead to the marginalization of the LGBTQ community. I think that the lack of education which goes back to our days in school can be attributed to this.”

What do you think people can do this Pride Month to raise awareness about important issues that impact the global LGBTIQ community?

“As kids, most of us tend to believe that gender is binary. Thinking and accepting that my gender identity might be different from the norm becomes very difficult. Educating kids from an early age can make us more inclusive as a society. ”

“I think the first step is to listen more and pay attention to your surroundings. Little things go a long way. For eg: respecting personal pronouns, even walking around campus wearing a pride themed-shirt. It adds to the approachability factor and could make people from the community more comfortable around you even if they don’t open up to you immediately.”

“Due to people not having a broader view of the world, it can lead to the marginalization of the LGBTQ community. I think that the lack of education which goes back to our days in school can be attributed to this.”

Thinking more locally, how can the students of NITK make the pride celebrations more inclusive and diverse?

“I think that people at NITK are becoming more aware of the LGBTQ+ community with most of the clubs celebrating the pride month. To have more inclusivity, I think just taking out a few minutes and educating oneself can go a long way. Something as simple as getting one’s pronouns right, not assuming someone’s gender identity and using inclusive language can make A huge difference.”

“I feel that having more allies in the spectrum community can help tremendously in increasing inclusivity and awareness amongst people who have a more narrow point of view.”

“Currently, Spectrum has launched numerous awareness-creation events by busting several myths, teaching the masses about necessary figures and so on. Moreover, Spectrum is conducting a survey that is going to be launched which shall provide an overall view on NITK’s point of view regarding the queer community in general and their extent of awareness. Additionally, on a personal stand, I believe that we should be able to scale the motive of Spectrum where the whole notion behind the LGBTQIA+ becomes socially and culturally acceptable. There shouldn’t be a need for us to educate others on this matter. Conducting surveys, analyzing local responses, examining the gaps in the society concerning the queer community is what is the need of the hour and on a personal and from a group’s perspective that is what we should aim to tackle.”

Do you think that NITK provides a safe and inclusive space for the members of the community?

“ I have observed that there are people with all kinds of views in our college – extremely welcoming to extremely hostile, as well as people with completely indifferent attitudes.”

“What’s happening right now with a lot of clubs jumping onto the pride bandwagon is a great start but I do see a lot of polarisation. I don’t think we’re reaching people from all backgrounds and I’m hoping that we can maybe collaborate with groups like Kannada Vedike and HESC to broaden and diversify our movement!”

“Talking from the student’s point of view, the students of NITK have slowly but passionately understood the queer community and are joining hands to support them. Students have understood that college is the only safe dwelling and without feeling at home, it can lead to disastrous effects. As a result, the students of NITK have established more than just a safe space but a comfortable atmosphere for everyone irrespective of one’s preferences or desires.

What I would like to see is student organizations like Spectrum collaborating with the administration and aiming to spread the word to other reputed organizations and institutions across the country. The major advantage of partnering with the administration is that it gives us a greater reach to extend our works. I believe that Spectrum’s thought-provoking and intriguing sessions, the audience is bound to be not just aware but exceedingly supportive of this matter as well.”

Bioluminescence – to gloat or to worry?