The Journey of Open Source at NITK 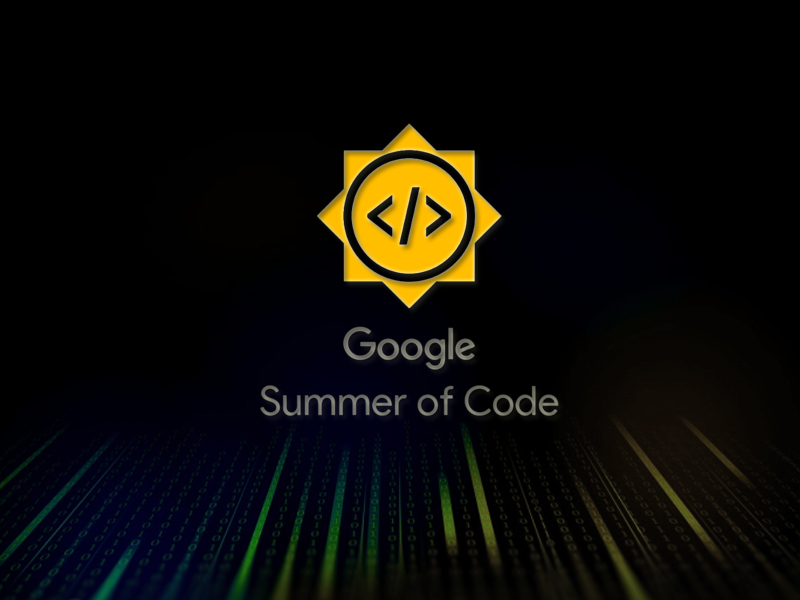 Google Summer of Code(GSoC), a global program focused on introducing students to open-source software development, recently completed its 16th iteration. Selected students work on a 3-month programming project with an open-source organization during their break from university. Over the past three years, there has been a determined and organized effort led by Dr Mohit P. Tahiliani, Assistant Professor, Department of Computer Science and Engineering and interested students from various departments to structurally plan out Open Source activities in the Institute.

The results of their efforts have shown as 23 students from NITK were selected for GSoC 2020 making NITK 4th in the list of most accepted students globally!

We had a discussion with various members of this team to understand the process that they have undertaken.

GSoC mentorship sessions are conducted by the “NITK Open Source” community, an informal group consisting of students and Dr Mohit Tahiliani, created in 2018. Dr Tahiliani is an active member and GSoC mentor for the ns-3 organization. An initial talk was held by him detailing the GSoC process and giving students an overview of the program.

Dr Tahiliani elucidated the salient points to keep in mind while drafting a proposal as well as the organizations that one could look out for. He also spoke about the skillsets they were generally looking out for in applicants. He broke down the myths around open source contributions by demystifying the process and provided the right doses of motivation to the applicants.

A system for encouraging students was set up by Salman Shah (BTech. IT, NITK 2019) where the applicants would attend talks and sessions by Mohit Sir and other former GSoCers. Aspiring applicants would be provided half-hour slots to talk with the former GSoCers and Mohit Sir. The process went on for 2 months in between February-March. For GSoC 2018, 23 BTech and MTech students applied and 7 of these students were selected for the program across various organisations.

In 2019, the mentorship system gained more traction as the awareness of the benefits of GSoC grew. Salman Shah along with Hrishikesh Hiraskar (BTech CS, NITK 2019) spoke about the benefits of GSoC and gave a general introduction to open source contributions. Ex-GSoCers (NITK alumni + NITK Students), along with Mohit Sir continued to mentor the students with the initiative being led by Anumeha Agarwal (BTech. IT, NITK 2020) and Praveen Gupta (BTech. CSE, NITK 2020). The same system continued with ex-GSoCers mentoring applicants and encouraging them to apply for GSoC that year. The number of applications increased and 10 students got selected for the program. The numbers were certainly going up.

Past GSoCers along with Mohit Sir mentored the increasing number of applicants for GSoC 2020. An open ‘Ask Me Anything’ session was conducted by Mohit Sir and past GSoCers to clarify doubts. There were around 50 applications and 23 people got in, pushing NITK to the top 4 on the list!

Apart from these yearly sessions, there were several supplemental events organised to help students get started with Open Source. Some of these were as follows:

Hacktoberfest is a month-long celebration of open source software conducted by Digital Ocean and Github. Any contributor has to make 4 pull requests to an open-source project and is eligible for a free limited-edition T-shirt. In 2017, WEC NITK along with IEEE NITK conducted a meet up for Hacktoberfest, wherein Git and Github were introduced in an interactive session. In one month, 1300+ commits, 750+ pull requests led to WEC NITK repository being ranked 11th in the world for Hacktoberfest’17. The successful event was conducted again in 2018 and 2019; each time pushing the event to a larger audience. In 2019, two meets ups were held talking about Git basics and advanced concepts.

Hacktoberfest’20 will be back in October organized by WEC.
Check out the session here: Intro to Git concepts: Hacktoberfest’19

As part of software freedom week in Jan-Feb 2020 four talks were given; Shreyansh Shrivastava (BTech. CSE, NITK 2021) and Avakash Bhat spoke on how to make a good GSoC proposal, Arpitha R (BTech. IT, NITK 2021) and Apoorva M.K provided a student’s perspective about how to begin contributing to open source organizations, Mohit Sir spoke about a mentor’s experience in GSoC and what the program means to mentors, and there was a  Linux codebase walkthrough by Adwaith Gautham (BTech. CSE, NITK 2020) and Aditya Jain (BTech. IT, NITK 2021).

Winter of Code is an initiative started by the open-source community of NITK in 2019 to help students get started with open source projects that directly impact people’s lives. The core philosophy of WoC is the same as larger programs like GSoC and Outreachy. Students will have experience working in larger codebases and also learn good coding practices. Last year there were 20+ projects and 60+ applicants. Another iteration of WoC will be held in the winter of 2020.

Gradbook 2020 – What to Expect and What Lies Ahead

In House with the Newly Crowned Cons – Part 7