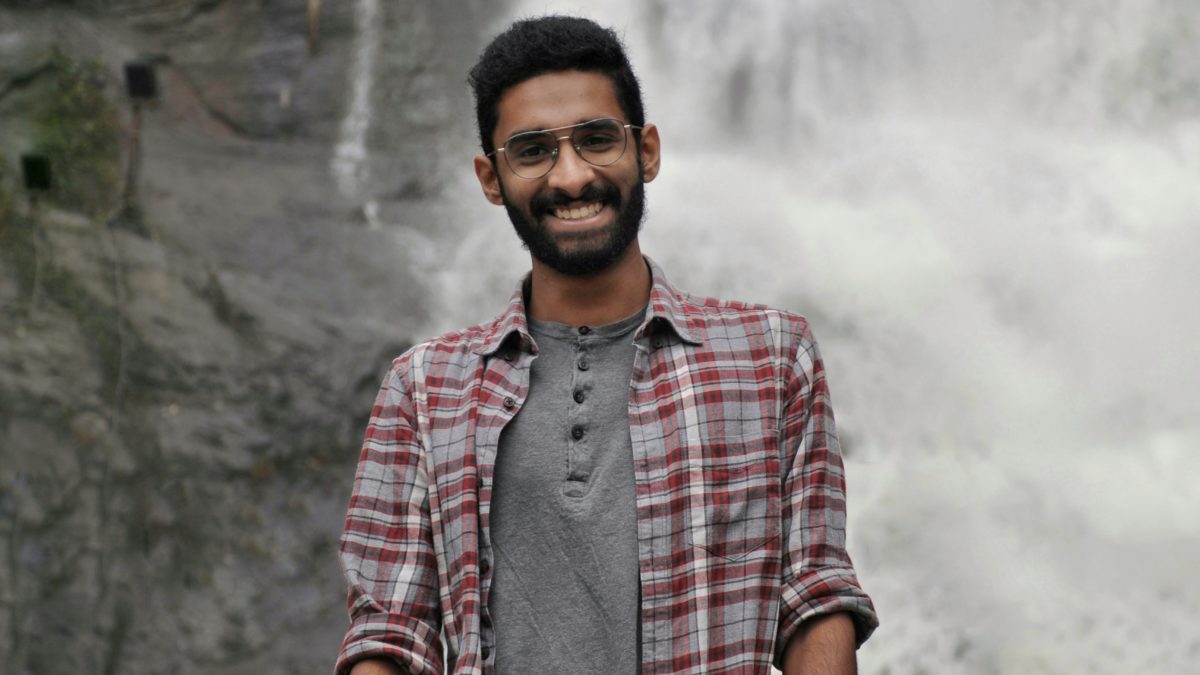 “Have you ever felt this subtle but persistent feeling of being out of place? If you have, then welcome to your familiar world through my eyes. I’m a misfit and I have been wandering this planet for a decade and a half as a square peg in a round hole trying to make sense of it all.

I believe great accomplishment usually takes the impertinence of not fitting into perfectly crafted boxes. No, I don’t mean every misfit accomplishes something fundamentally and unexpectedly amazing. For example, I don’t believe I’ve done so, and it would be obnoxious of me to suggest that. I just wish to highlight that it’s probable, that most things unexpected, radical, and breathtakingly awesome take only a little bit of nonconformity. But this has not always been in my frame of mind either.

I have tried to fit in and feel included throughout my life. I have also often gone overboard in this “pursuit”. Be it at most of the four different schools I’ve been to, or through the four years in various hostels before joining college. Most people could argue that there was nothing to suggest that I was out of place; for example, I did well in school, I was an Office Bearer and ran around the school just as much as I did at NITK. But even through all that, things didn’t seem quite right. And I’d never paid much attention to it until later, because hey, I was “doing well”, what more could you ask for, right?

Life at NITK started well, but as time went by, these feelings came creeping back. I felt I wasn’t a perfect make for the part I was trying to fit into, albeit due to different reasons as compared to before, but I felt like a misfit all the same. I looked around at what we were learning and what my batchmates were doing, or dreaming of doing, and I didn’t quite feel the passion or desire they did for similar things.

I thought that my aversion to certain things could be down to not experiencing them firsthand. So I tried involving myself in a host of activities a fresher is ideally “supposed to do”. I spent the majority of the period after first year dabbling with different fields. While these trials helped me understand concepts to a certain extent, they weren’t successful in what I needed them to be, which was to get something to stick. All that came back was more uncertainty, a stronger feeling that things wouldn’t work out, and they resulted in a decision not to try new things.

There was a time when I’d not want to be a part of the workflow the way it was happening but was compelled to, by this urge to fit in. And when I say ‘be a part of’, I mean ‘have my soul imprisoned in Azkaban by’, because that’s how it felt. I even considered alienating myself from most college events and clubs. But, quickly (and fortunately) I realised that this was more damaging than helpful, and figured that getting more involved and finding what resonates with me might be the only way out of this scuffle.

Thankfully, a couple of things eventually started working out for me. I’ve never really liked the way I look in photographs, so as a workaround to being in them I started taking them. And while I wasn’t and still am not great at them, I kept trying. I was fascinated by the little but seemingly complicated thing in my hand that could capture the same instance in a different manner depending on how it was used. I had the knack to get the frames right, but the end product seemed to lack a bit, and it just called for a need to hone my skills. And this was the start, if I may say so, of finding my footing. The more events I went to cover, the more I started getting involved in organising events at college, which in turn came pretty naturally to me. And my inclination to run around came in handy here.

I have a tendency to put the work I’m involved in above my needs, which I’m told is pretty self-destructive. I don’t stop when I’m tired; I only stop when I’ve completed my tasks. Though I do not endorse it, I happily defend it by explaining just how much I love my job and the joy it gives me. I am known to work until (and often even beyond) my breaking point as long as whatever I’m committed to, turns out well. And only after that, do my obsessive working habits let me rest or focus on the “damage” I’ve done to myself.

This work ethic is a significant part of my story because it gives me a sense of fulfilment, purpose and also confidence for all of my other endeavours. It even overshadows all feelings of being a misfit because while doing what I love, my work and I share this perfect unbreakable bond which puts me into a bubble of belongingness. And that’s what matters in the end, isn’t it?

Misfits or not, most of us often try to fit into someone else’s idea of what we should be doing, instead of setting up our circumstances to suit ourselves. For the times I pretended to be a round peg to find a place within the desired community, it always came with trade-offs. It was like I could never be comfortable, be me, with those trade-offs. Following my instincts was only the start before I could make peace with not wanting to fit into a round hole all the time. At the risk of sounding like a broken record, here’s some advice from a square peg – the secret to finding your fit is to own being a misfit in all its glory.

Now that most things are said and done, if you asked me if given a chance, would I go back and change something I’d probably say no because I wouldn’t know what more I could have done.

Curated by Iteesha V A

The Impending Online Semester - Virtually No Other Choice

In House with the Newly Crowned Cons- Part 2