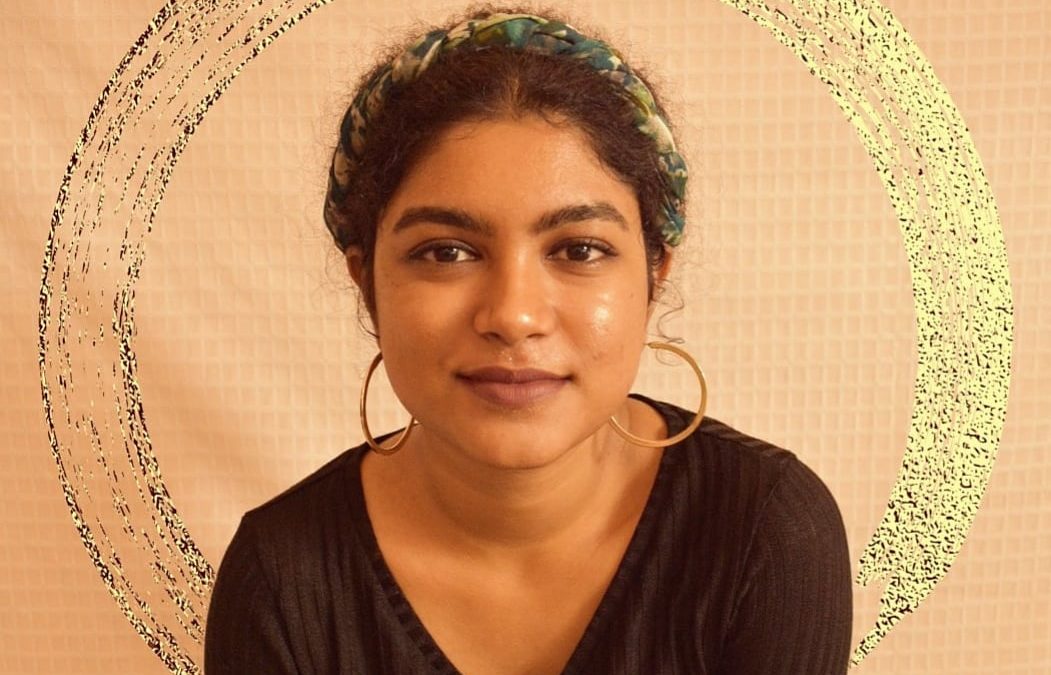 My tryst with music began at the age of 4 when my mother recognized my talent. I used to sing gospel songs at that time, and thus came my first recording, on a cassette. I’ve always been passionate about music ever since, but never really considered it as a career or even a part-time career. Growing up, just like everyone else, I was conditioned by society to give utmost importance to my education, and so music never came to the forefront. Music runs in my family though, my parents and my relatives either sing or play some instruments, and so music always found a stage at home. My sisters, who have been an important part of my journey with music used to sing along with me in our church choir, and we would casually jam at home. This is a tradition we continue even today, every time I go back home, we pick up a guitar and sing together. It was during my B.Tech. days at Rajagiri when I actually began to take up music seriously. In the first week of college, I was asked to sing in class, and I received a positive response for that performance, although it was an impromptu one. This caught the eye of one of my professors, Bibin who was actually an alumnus of NITK, and he told me about the NITK Music Club and said, ” I don’t know if you want to take up music professionally nor about your future plans, but you will definitely grow at the NITK Music Club, and you will meet some amazing musicians”. For a year after that, I used to listen to my professor tell me about the NITK Music Club every week, as he fondly recalled his memories of it. For 4 years, I was motivated by my friends and professors, to sing more, and to take it up seriously. After B.Tech, I decided to take a gap year and prepare for GATE, to join NITK. That was probably one of the toughest years for me, as I left everything else and dived into my preparation. Throughout this time, what kept me motivated were 5 handwritten stickers on my wall, that said For the NITK Music Club. Every direction I looked in, I had these stickers up that reminded me of my goal. I faced several problems in society during this period. Being the eldest of 4 daughters there was constant societal pressure to get married, but I was determined to not be a kitchen wife, and I worked harder towards my goal to prove them wrong. My strongest supporters during this time were my parents, who fueled me on despite the peer pressure.

Fast forward to 2018 and all the hard work paid off, I cracked GATE and made it to NITK, and the very first thing I did was to look for the NITK Music Club. My professor had already informed the MC that I was there and I was going to come for auditions. I came across the quaint MC room during one of their practice sessions, and I was mind blown by their talent. I was finally there, but how do I get into the club? I spoke to a few of the members and they told me about the auditions that would take place soon. Soon after, I found myself in the MC room, shivering, and nervous, about to give my first round of auditions. I made it through, onto the second round when I interacted with some of the members. Finally, the list came out, the day I had waited for almost 5 years, and I had made it! I was happy beyond words! From that day on, I have never felt alone. Come what may, I knew the MC would be there for me. For my first MC night, I was given a song by Evanescence, which was completely out of my comfort zone, and I went up to Anthea, the convenor at the time and said I couldn’t do it, but she pushed me and told me to get out of my shell and push my boundaries. I still didn’t have faith in myself, and finally, facing more than a 100 students, I gave my first performance as a part of the NITK Music Club, and it’s been a constantly growing curve from that day forth. The NITK MC had become my family. I don’t mention names here, because the MC family is huge and everyone is dear to me. What I love about the MC is the respect we have for each other, I have learnt something from each member. Fitting in at NITK wasn’t hard, but there were certain norms I was expected to live by, especially as a masters student. I was always young at heart and full of life and determined to make the most of my last 2 years as a student and the MC has made that time so much better. They’ve added so much colour to my life and everything seems so much more better around them, which is why they will always be family, and I am grateful for having spent that time with them.

Another person that has been instrumental in my life is my professor from NITK, Dr Katta Venkataramana, who has constantly supported me in all avenues, whether academic or cultural through my 2 years at NITK. he never missed out on a single performance of mine, and constantly cheered me on, helping me manage my academics and music equally. He told me about a company based in Japan, Human Resocia, in order to be practical about my career. If I wanted to take up music eventually, I’d have to have some stability first, and so I started preparing for the interview with constant inputs from my professor. When I went for the interview, I was intimidated by the other candidates who had a higher GPA than me, but I maintained my confidence and cracked it, and was offered a job in Tokyo, with a 6 month training period in Bangalore.

Growing up in Kollam, even though my parents were very supportive of me and my music, we faced a lot of flak from society, with people constantly telling us to focus on studies. It wasn’t a very supportive environment, but we kept going. I asked my dad for some recording equipment since it wasn’t very safe to go to the studios alone. I started recording at home instead, with no prior knowledge about audio production, I started from scratch, and I uploaded covers to Soundcloud. My sisters and I, known as the Ferns, often sang together. Music is an important foundation of our sisterhood, and brings us together. Even if we quarrel or fight, one of us just picks up the guitar and we sing together and it resolves everything. My sisters are my closest friends and my best critics. We released our first cover on Youtube right before I came to NITK, Tareefan. We reached 5K views in almost a week, and many people asked us to take it up professionally. After almost 2 years we got a chance to record again during this lockdown and we worked on a cover of Sunday Morning, which was featured on KappaTV. My sisters are extremely talented and they have come a long way and I will always be proud of them. We haven’t looked into being a girl band as such, not right away, we probably will work on a few more covers. I want all of them to study, as I did, and have some stability before we can focus on our music career together.

Something I’ve learned through my journey is that even if someone tells you you cannot make it, but if you are confident in yourself, you will get there. So keep faith in yourself, follow your passion, you will make it there someday.