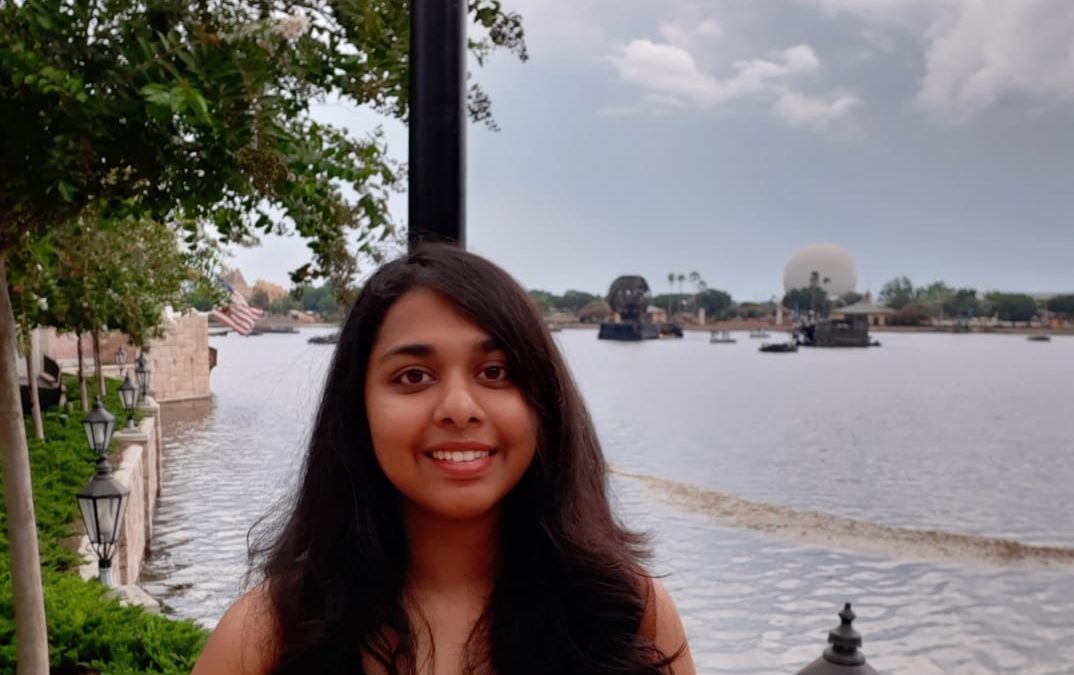 I guess there is no one shot solution to combating Imposter Syndrome, all that matters is that you keep trying to fight it, everyday. It started even before I came to college, I wasn’t really good at handling my stress or situations that didn’t go as planned. People took advantage of this situation and passed comments constantly, and it really pulled me down, and I realized that there will always be people who pull you down. This thought stuck with me, even as I entered college. I had a biology background before I came to  NITK, but applied for a computer science major. There was a constant voice in my head, telling me I wasn’t good enough, and it was scary, I thought college would turn out to be similar to my previous years, but I was determined to change that. The first year excitement helped, I took part in all the activities, even if I didn’t know what exactly it was, to make sure that I was giving my best and wasn’t missing out on anything. It continued into 2nd year, as club recruitments came around. It also brought with it exciting opportunities, and projects, and again, I tried to take up everything that came my way. At some point, I had taken up way too much and it got both physically and mentally exhaustive. I think I involved myself in all these activities to make up for the feeling of not being good enough according to society. I felt that if I missed out on even a single event, it would affect my career and that I wouldn’t be giving my best. As a result, I found it hard to say no to anyone. I didn’t think I was allowed to say no to any of the tasks I was given, I would say yes to everything that came my way. It was only when a senior of mine pointed this out to me that I realised I was taking up more than I could physically or mentally handle. I realised that there were so many things I could not take up, and still do okay. That changed things up for me, I started doing much better, I had things to keep me occupied, but not to the extent that it drained me or I stopped enjoying it. Moving into 3rd year, I faced another hardship, internship season. It was quite stressful and added to the problems I was already facing. It was probably one of the lowest points in my life, and that feeling of not being good enough started creeping back in. Something I picked up along the way was journaling. I had a personal journal and I would write poems and sketch out my emotions, and I realised it was a healthy way to let out my emotions. It helped me  divert my mind, and helped me express my creativity as well. Something like journaling helps you clear out your headspace and it helps you to keep going. Eventually things started getting okay, and I felt like I could keep trying. I started involving myself in clubs, and actually started liking it. I volunteered for events, and this served as another way to divert my mind from the other things going on. It helped me discover things about myself, and over time, it ceased to be just another endeavour to prove myself. That one gesture, of someone pointing out to me, that I was taking up more than I could handle, it impacted me in a positive way, and I wanted to do that, I wanted to take up initiatives to impact others positively. I received a lot of positive feedback after that from people that I had tried to help, and that helped me redeem myself, and it gave me the confidence to believe I could actually make a change. Another thing that constantly pulled me down in college were the casual comments about people succeeding because of their gender. I received a lot of comments that said it was easy for me because I was a girl. Whether it was recruitments, or internships, or placements, pretty much every scenario, these comments kept doing the rounds and for a while I overlooked it, until it really started bothering me. In my final year, I attended the Grace Hopper Conference in Orlando, which changed my perspective about these comments. It was quite the experience, beginning with the nervousness of travelling alone, to a new land, where I knew no one. It was quite exhilarating, people would line up at 5AM for the fair that was scheduled to begin at 11AM, and I met some of the most awe-inspiring and amazing people there. They were so talented, and it made me realise that if gender had anything to do with our talents, our capabilities, our successes, then I wouldn’t be seeing these talented people, and I would’ve stood no chance among them. We say we’re advanced, as a college, but these comments still find their way to the forefront. I know people that have applied for the things that interest them, hobby based or technical based and I’ve seen their talents get shot down when someone tells them it’s easy for them because of their gender. It was disappointing and I felt the need to do something about it, so I started doing my research, as to why people are conditioned to think this way, so I could help change the way people in college think. I’m currently working on this, collecting statistics and analysing, and working towards making a positive change.

What I’ve realised through my high-school and college experience is that, you’re constantly gonna get pulled down, by the people around you, or by your own thoughts, imposter syndrome will come back, again and again,but you eventually learn how to deal with it. You meet different people, and you learn different things from them, you learn different ways to tackle things, you learn that situations can be manipulated, and that people are going to judge you by your achievements. You realise that there are others going through it, but they’re afraid as you are, to talk about it. Most importantly, you learn that you will get through it, and that you will learn from it.

Collection of Luggage from NITK (For Final Years)

Self against Self, an enchained victim’s plight