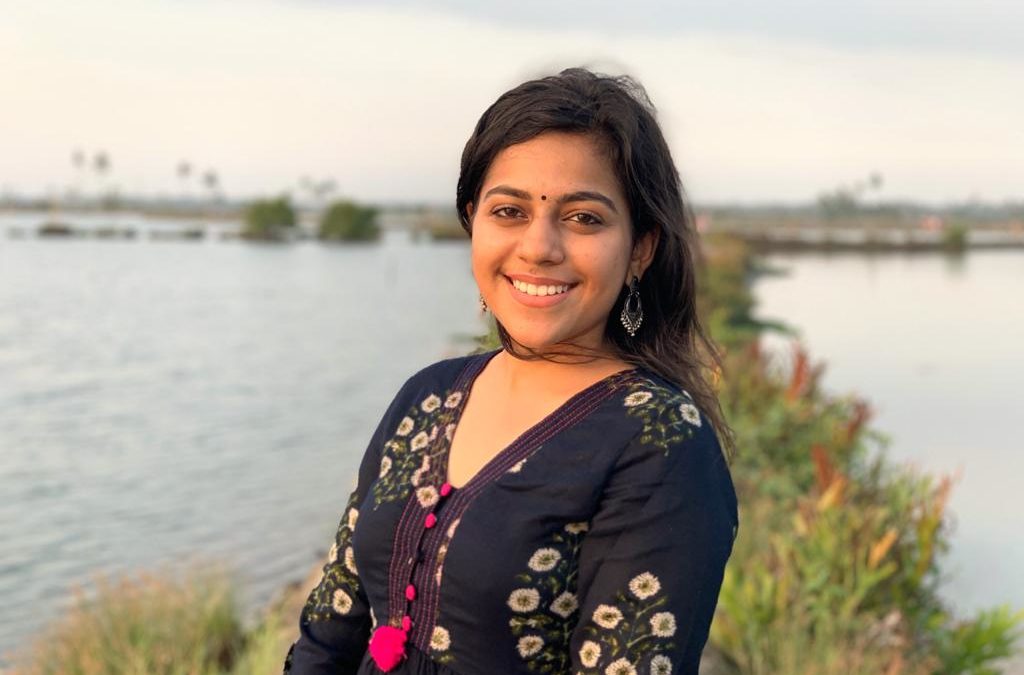 “Music runs in my family, and so I started singing when I was a one-year-old child, and I have been singing ever since. I started my formal training in Carnatic music at 7. When I was in the 8th standard, my mother wanted me to sing on TV, and hence I took part in a Malayalam reality TV show and secured the second place. However, at that point, I wasn’t really serious about my music, it was only later on, after 12th that I realized I had to do something with it.  It was at the same time that I joined NITK, in the year 2015.  I took part in another competition that year and took a year off from college. I rejoined NITK in 2016 because I didn’t want to forego such a prestigious college.  It was very hard to handle both my music career and my college life. I could not continue my training due to commitments in college. Having an audience based in Tamil Nadu, I had to travel frequently, missing many classes. Whenever I came back from a show, there was a lot of work piled up and it was hard to catch up. I still managed to keep up my attendance though and haven’t fallen short, except for in my first semester, when the college was very accomodating.

One of my most memorable performances was in Malaysia, where I performed for the great Ilaiyaraaja sir. It all started when I got a chance to sing for him on his birthday. He really liked my singing and invited me to his concert. I got to share the stage with singers like KS Chithra, Mano, Hariharan, Sadhana Sargam, and Karthik. We were backed by a full orchestra, an occurrence that is quite rare these days. It was truly a magical experience. I was invited to his other concerts later on, in the US and Visakhapatnam, but I chose not to go, since each of his concerts required at least 2 weeks of rehearsal in Chennai which I couldn’t do due to college. This was one of the downsides of staying in Mangalore, that it was too far from Chennai, due to which I had to give up some great opportunities over the last 4 years. Now, due to the lockdown, I have resumed classes through online platforms. As for the future, I haven’t figured it out yet, but I definitely will continue learning and exploring different fields of music. I strongly believe that everything that happens to us is for our own good. We may not realize it now, but it will definitely prove to have some significance later on in life.”
– Lakshmi Pradeep