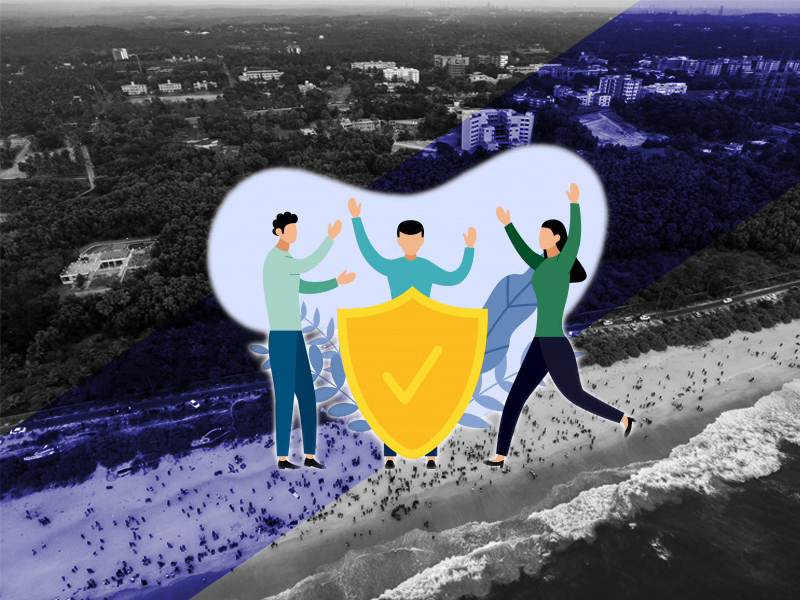 NOTE: Pulse conducted this survey purely voluntarily to understand the various student opinions and not on behalf of the Senate committee for the Academic Year 2019-20. The suggestions mentioned below are solely based on the responses collected through the PulseCheck by means of Google Form.

Sexual harassment has been a major problem across the globe, especially in the last couple of decades as awareness against such incidents has been on the rise and the legal framework has worked on formation, amendment and implementation of laws to broaden the definition.

As per The Sexual Harassment of Women at Workplace (Prevention, Prohibition and Redressal) Act, 2013, sexual harassment includes any one or more of the following unwelcome acts or behaviour (whether directly or by implication) namely –

Pulse conducted a survey (PulseCheck) in order to address the problem of harassment in and around college as well as online, and to solicit suggestions and opinions on the matter, attracting 203 responses. The results of the survey are:

The campus may seem conveniently safe to the majority but if that is not the case for even a handful of people, then there’s work to be done. 20% of the people stated that they feel unsafe within and around campus, 32.5% agreed to a personal incident or a friend’s involvement.

A mere 28% stated firmly that they would lodge a complaint in case of an incident which is extremely disheartening considering most of these people consider college safe enough for themselves.

About making a complaint, multiple options were permitted for selection as it might be likely to report this issue to more than one person/authority and approaching the warden was the most favoured option (54.2%) followed by contacting the committee against harassment (47.3%). This is a very welcome response as these are the options that can guide you in the right direction with the right knowledge. However, only 26.6% felt comfortable enough to rely on the security which would be the single most important choice if the grievances are caused by an outsider.

A large number of people agreed that college clubs should have certain policies against harassment too. (74.2%)

Another obstacle was the lack of appropriate contact information for immediate assistance as more than half of the people (51.7%) do not have the phone numbers thus required.

No officially filed complaint was mentioned in the survey.

Some of the advices received from the responses for victims were:

A large proportion of the incidents mentioned in the survey took place outside campus jurisdiction. Such cases do not come under the ICC (Internal Complaint Committee) or college authority. Officially, the college can not take any action in such cases. But there needs to be certain reforms to tackle these cases and to increase awareness regarding them.

Suggestions made by people in the survey were:

As the classes will now be held in an online semester and most of the interactions will be made while sitting behind a screen, restricting the number of online harassment cases is going to be a hassle. Questions were raised related to social media platforms where it is easy to track people and send inappropriate messages or make false statements that ruin the victim’s reputation and make them vulnerable to harassment from other people too. 77.3% of the people agreed that new guidelines must be made to prevent online harassment and some people stated that certain guidelines must be made keeping only the professors in mind too.

Some suggestions made for the online semester were:

ICC is the committee formed in compliance with the Sexual Harassment of Women at Workplace Act of 2013. About 40% of the students are unaware of its existence and even among the remaining, hardly any are actually aware of its working and guidelines. Information about the committee is available on the official NITK website: https://www.nitk.ac.in/internal-complaints

The current committee works under Dr. Vidya Shetty K, professor from the department of chemical engineering and holds four professors, two office employees and one psychological counsellor from Mangalore.

The committee holds power within the campus and is responsible for the women students and staff only. As per the guidelines mentioned in the Act, the committee is confidential, requires a formal written complaint and has the authority to take strict action if the accused is found guilty after questioning both sides. The complaint must be made within three months of the incident, an extension of another three months is provided if there are problems for occupying a written complaint. Families are not contacted unless the case gets too serious or out of hand.

Men will have to approach the disciplinary committee about their grievances.

A lot of suggestions given included making the process anonymous or including people who could give proper guidance and help the victim through the process; most of these are official guidelines on basis of which the committee works. The lack of awareness about the working creates a divide between the victims and the authorities which needs to be removed for a better and healthier environment in the college.

Some important suggestions mentioned were:

Madhurya MSB, Vice President of the Students’ Council, gives a message for the future elected students, “To the new council, you guys have unfinished business to do. If not for corona, we had planned to create awareness about ICC: how it works, myths the students have about it and why it is a really good platform to approach for justice through a bunch of mandatory courses for everyone on campus. Even if they surf through, they will know that it exists.

In any given case, it’s really important to build trust among all the students for the council and the Institute. Because if they trust the council and institute, they can easily open up and report cases of sexual harassment. There might not be much of an intervention by the council, but as representatives, you guys will have to support them and have their backs.”

Our safety in college cannot be achieved without trusting the authorities and creating an environment of mutual respect and faith. It will take some time to change things and maybe we could even have a gender neutral committee one day, considering the majority of our college is male. Until then, we’ll have to take small steps and work our way to a safer and better institute.

Assam Floods: A Deluge of Despair

They gotta do this, No matter what