Zimbabwe to India: My Personality Growth. My Experience 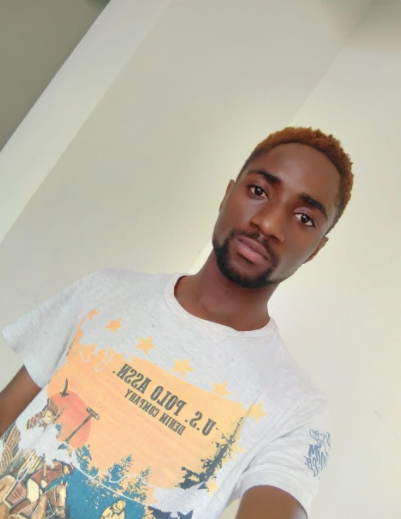 Note: Tinotenda (Tino) is an international student from Zimbabwe. He is currently doing his second year in the EEE department. After joining Rotaract NITK this year, he had some interesting insights to share with us about his experience as an international student. The following is written by Rtr. Tinotenda hoping to share his experience with the rest of the college.

“Life is what you make out of it. We are what we are because of the choices we make. On most occasions, our personality is a reflection of the choices that we make. One of the major key players in shaping this, personality, is the environment in which you reside in. Every moment in our life we make memories, some are good but others bitter. These memories are categorized by the way we experience events. Experience is the art of existing at a particular moment. As long as we keep breathing, we also keep experiencing, henceforth making memories.

It was my dream to become an international student. An aspiration that had no reason but just for the sake of being one, an overseas student. To my surprise, the dream was realized in the twinkle of an eye. India has been the masterpiece of my life’s puzzle. Staying here has been the greatest encyclopedia to several questions I had, but with no answers. Knowing yourself well is a big deal and vital in life. I am elated to say that l am on the right track.

Growing up being surrounded by your beloved ones everything seemed easy. The past months forced me to declare my independence. Being used to be pampered by my family all the time was a major drawback. For the past twenty years rarely was I of their sight. Advancing my education abroad geared me up to be a more independent person, I now could orchestrate all my endeavors in the right manner. To be honest, the journey was not easy, it had its twists and turns, but with practice, constant failures, and disappointments I finally got a grip of everything. I am a happy somebody because of the positive transformation in becoming a better person, far off in a foreign land without anyone to provide guidelines.

Time is money and time lost is never found. Being in college means a lot had to be done. It is like moving from a nutshell striding into the real world full of predators and chaos. A world where everyone is selfish too busy looking out for themselves and doing what is best for their interests. Too much commitment had to be done. All the clubs, sports, lectures to name a few had to be attended within a short space of time. Furthermore, your time was crucial for your mental wellbeing. Almost every task demanded its slice from my twenty-four-hour pie, time was just not enough to do all. In the beginning, I wanted to do all, but it turned out to be true, ” a jack of all trades is the master of non”. l had to quit the old habits to create new ones. Prioritizing errands that were productive and useful especially in the future became my ambition. Though my mind was set straight, it was difficult to reprogram my body to new routines. I was reluctant to do most of my resolutions because I would find them boring. Alas over the long overrun the tables turned to my favor. At times it is still a little bit challenging to assign my task but there is a bigger improvement than before.

Almost everything in life is a transaction. Money is never enough and expenditure is everyone’s tail. As a young adult, I desired and envied so many material things. There are some standards I always wanted to live up to. Most of them were hard to attain. Surely, we have needs and wants in life. Residing in India opened my mind and eyes and finally knew how to distinguish the two. Once you started focusing more on needs and converse on the wants, the less your tail becomes. Accepting the fact that we cannot satisfy all the wants is like entering a new era of existence. It brings positive effects in life. Oh yes! It is true and for the first time, I now own my first savings account. I have acquired the greatest will power, no longer being driven by material things that l used to idolize and believed that it’s a necessity in life.

Living with friends and family nearby it means you got all the emotional support you want. Anytime you can cry and even complain about silly trivial events or circumstances. This was no longer an option for me in life. I was all by myself in predicament situations. I was my shoulder to cry on and my emotional support. Continuous sorrow and shedding tears were never solving any problems but wasting time and degrading my health. No choice was left other than to man up. My emotions are no longer heightened as they were before. Situations no longer overwhelm me but kept on enhancing my emotional stability.

Gone were the days where I was a people’s person. l had so many friends and associates. All the good memories that lingered in my mind featured my inner circle only. A solo life is not easy, it felt as if l was in a mental asylum. I neither smiled nor laughed during my initial days in India. I thought that my happiness depended on people. Slowly I altered my way of thinking, I engaged in activities that I used to do. Gradually, that sad feeling that I always carried started being replaced with joy. The more I did activities that l loved, the merrier I was. The strategy was on point and a life lesson. It taught me that I have the power in my hands to feel whatever I want to. My happiness is not dependable on people but it is me that redeems it.

Everywhere you go and whatever you do as long as you are under the sun people will not stop judging. Staying in a new place with people you are not used to is not an easy thing to do. There are huge differences between you and the people around you. The way I handled myself and I did my errands was completely unalike with everyone else for example eating, speaking, behaving, even the dressing. People had to say a lot since it was an anomaly to them. l grew up the past twenty years doing the same routines in my life. It was now an automatic mechanism to conduct my errands the same way l had been doing. I tried changing to suit everyone but I could not. Eventually, I gave up, people’s views and comments became the last thing on the list of my worries. People had to accept me as l am and they had to compromise just like l did.

Not having friends means less social time. I was running out of things to do on my own at first during my free time. As a science student, the last thing l wanted to hear was about languages and literature. Randomly I started reading articles till l moved on to novels too. To my surprise now I am a happy reader. Through reading I have traveled to different generations and places by putting myself in the shoes of the authors or the characters, I have obtained a lot of knowledge about life which is never taught at school. My ability to read has escalated from reading nothing at all up to reading at least 3 novels a month.

Like I said memories are made from experience. They are forever in our minds and we all reminiscence them. Fortunately, most of the memories I made are remarkable. It brings a smile to my face when I think about them, but some are hard and painful.
With most people used to their native language, it was an agonizing thing to communicate with my fellow peers. In both my country and India, English is not our first language. To my advantage, I attended an English-speaking school but this was not the same for most of the people here in India. It was so frustrating to ask for directions or to get some general assistance. We would waste a lot of time trying to convey messages and responses to each other. Usually, when I would run out of things for basic needs, it was a struggle to get or buy them. I was never really able to express my own opinions well. Some vendors took advantage of me. I was always overcharged. Familiarizing with the language put an end to the consistent scams.

There was a lot of grief and bewilderedness. The education system and syllabus are so different in my country and India. Some of the contents and subjects that they were taught in high school here in India were too advanced for me. They were the kind of courses that are taught at the university level in my country. I could not perform so well in class in the beginning. I reached a point that I believed I was the least bright student at the college. So at first, it was very depressing to try and keep up with everyone.

Have you ever been in a situation where people around you or with you engage in a conversation that you do not understand and they acted as if you are not present at the moment? Well yes, l was mostly in such situations. People could talk and laugh using their native language without even being concerned about me. I always felt unwanted at times like these. Wherever I used to go people would give me a blank stare at me as if I was walking naked. This made me feel awkward, uncomfortable and kept reminding me that this was not my place or people.

Oh my! There is a big cultural difference. Most things practiced here amazed me. When it comes to beliefs and religion everything in India is diversified. They have many gods. I had to witness many religious ceremonies like Ganesh and Shiva, Pongal day, and more. All the rituals they performed were new to me. Though it was different it made me open-minded. I accepted that people had dissimilar beliefs and we should respect them despite being divergent from the ones you are used to.

We have so many holidays and celebrations in India. l love the way they celebrate. Despite having many states in one country, they all came together as one to celebrate each state’s festival. They will sing melodiously, dance superbly, and act phenomenally in dramas. There is an interesting unique display of art and a deeper understanding. It is fascinating to watch the festivals. Also, it is great and wonderful to participate in their ceremonies such as Diwali and Onam. This showed me that India is a nation with strong unity.

l am a more outgoing person now. Dancing was never my thing and l used to think it is done to entertain people if you are at parties. Indian people are more expressive they believe that just moving your body to the beat and enjoying is what they call dancing. The first time, I enjoyed and danced carelessly is in India and it has become a habit to dance anytime and anywhere.

Not everything in life is black and white, there are going to be some days when things are so good or so bad no matter where you are. The personal growth l have developed so far being away from home has been so beneficial to me. I wish to keep on attaining more knowledge and coming across various life experiences during my stay in a wonderful country like India.”

Getting the most out of Quarantine