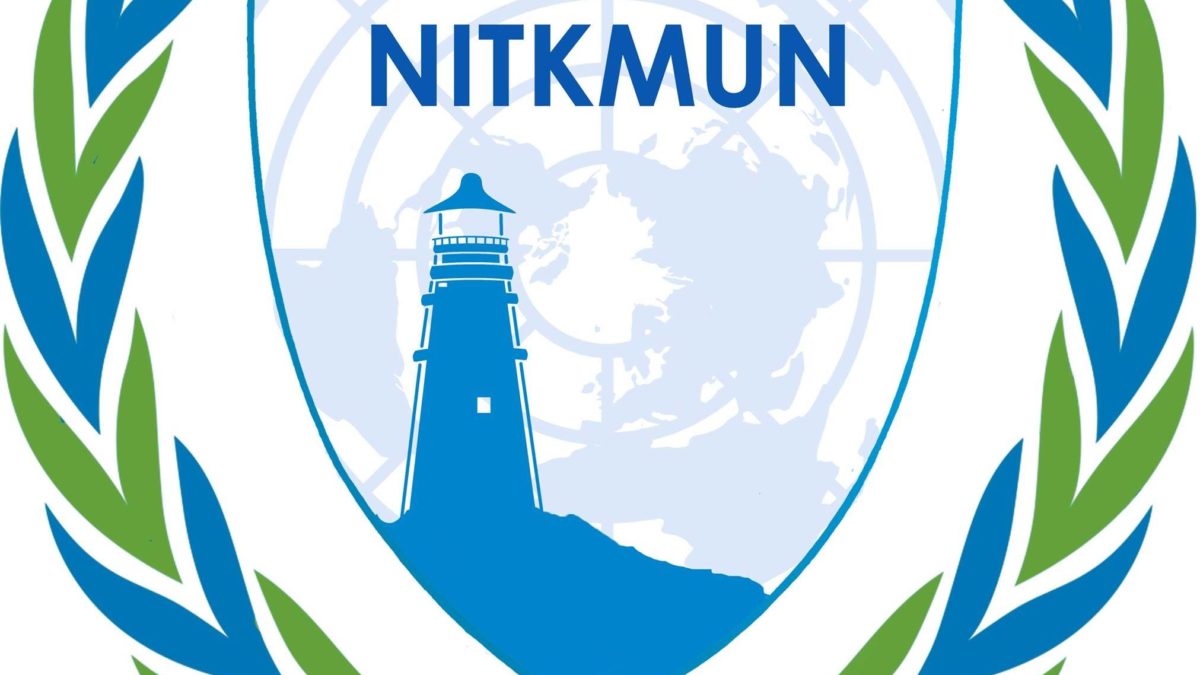 Have you ever read the news and been perplexed at the state of affairs in the world today? Do you sometimes look at the decisions of famous world leaders and catch minor flaws in their plan, believing you could have done a better job? Or are you someone who argues and loves speaking about issues big and small to whoever is willing to listen? Or how about someone who avidly reads the news and is up to date with general affairs around the globe? Well, if you answered yes, to any of the questions above, NITKMUN is your place to shine.

What is Model United Nations (MUN)?

A Model United Nation (MUN) is an academic simulation of the real United Nations, a body consisting of almost every single country in the world today to bring about and maintain world peace, and its other multilateral bodies wherein participants assume the roles of delegates or diplomats of the respective countries they represent to analyse, discuss and debate the significant problems faced by the world currently.

The goal of an MUN is simple – you don the role of a delegate of the country you are assigned to the committee of your choice, and represent that country’s best interests while trying to solve issues plaguing the world. This can even be if your personal choices are different from those of the country you represent. Participants are rewarded for the quality of the points they bring up, the solutions they offer and their diplomacy skills to ensure a peaceful negotiation is reached. The rules vary from committee to committee, like the presence of veto powers in UNSC, the ability to give a presidential address in a crisis committee and more. The winner of the MUN is the participant who has effectively brought about most solutions and convinced other members to support his resolution, the final document outlining the course of action to solve the agenda.

The birth of NITKMUN dates back four years when a couple of avid debaters of the Debate Society felt the need to revive and propagate the concept of ‘MUNing’ on campus. It has since served as a platform for the participating students to develop an interest in MUN conferences and hone their debating skills.

The first-ever NITKMUN was organised in conjunction with Rotaract Club in 2017 as an intra-college event with more than 80 participants in three different committees. Following an overwhelming response, training workshops were conducted on campus by the Debate Society, NITK in the following semester. The year 2018 witnessed the second and third editions of NITKMUN, with the second edition held as a part of the college’s technical fest ‘Engineer 2018’. The third edition was NITK’s first inter-college event with participation from nearby institutions from Mangalore and Manipal. The fourth edition, NITKMUN ’19, was the first-ever to have participants from various cities and regions outside of Karnataka attend and compete. It was a collaboration between three major clubs on campus – the Literary, Stage and Debating Society, the Rotaract Club and NITK ToastMasters.

This year, as a part of LSD’s creative carnival, Fine Print 2021, NITKMUN’ 21 took place on 6th and 7th March 2021 virtually, with four sessions spread across the two days. With up to date and modified rules for the online paradigm, NITKMUN’ 21 was an interactive and engaging conference to solve the most pressing issues. The event also began with na address by former Secretary General and NITK alum, Philip Matthew who gave his views on the growth, journey and personal experience with NITKMUN’ 21.

There were two committees – the Disarmament & International Security Committee (DISEC) and United Nations Security Council (UNSC) to discuss various issues plaguing the world and engage in diplomatic discourse. The agenda of the DISEC was “Establishing A Nuclear Weapons Free Zone In The Middle East”, and that of UNSC was “The Annexation of Crimea”.

We have some words from our previous Secretary General and advisor of NITK, Nikhil Varghese on what NITKMUN means to him and what exactly it is-

“NITK-MUN is without a doubt one of the most exciting debating experiences on campus. In a world where fear mongering, twitter storms and voicing dissent is the norm, MUNs encourage debaters to devise solutions as much as it does to voice concerns with the status quo. For a few hours, you put your existing viewpoints aside and see the world through the lens of another country, and work with others to formulate impactful resolutions.”

The conference was a huge success with immense debate and arguments. Every point was fought over and resolutions were made or shattered. Both the committees saw participation of over 50+ delegates overall and prizes were awarded for the exceptional delegates.The Best Delegate award in the UNSC and DISEC were bagged by the Delegates of France and Iraq respectively while the Outstanding delegate award were bagged by the delegates of Canada and Nepal. We also had two honourable delegates which were the delegate of China in UNSC and Japan in DISEC. The closing ceremony wrapped up on 7th March with the award ceremony as cash prizes and book vouchers from our sponsor 99BooksCart were given to the winners

NITKMUN aims to promote deliberation, diplomacy and discussion by instilling an ‘MUNing’ culture. In a world where violence and intolerance are on the rise, it is essential to exercise some restraint and build awareness to build and foster peace rather than encouraging a sense of hostility.