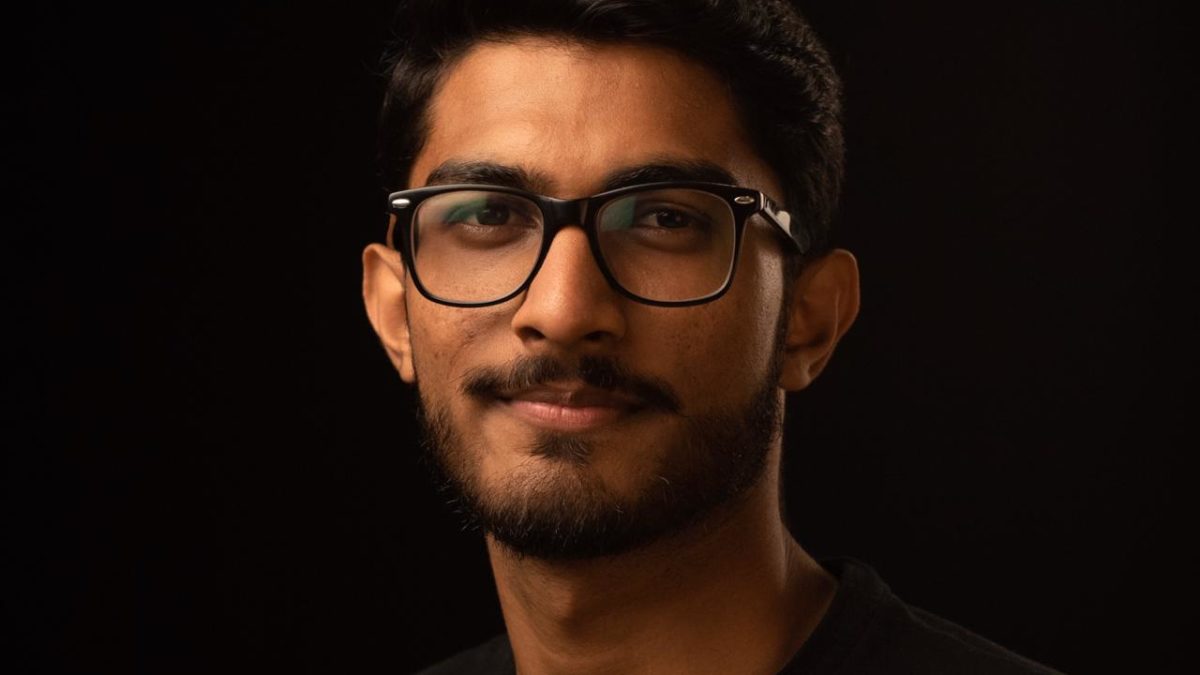 How am I going to find my place in this sea of people? I thought to myself during the orientation of Batch of 2019 taking place at the SJA. Don’t get distracted, Amit. A good placement offer is all you need to get past these four years of college. Isn’t that why you are here? Before joining NITK, everything I had heard about it was surrounding its impressive placement statistics and highly competitive atmosphere. A part of my brain was conditioned to think that all my efforts should be focussed on getting a good job, and my college life would be meaningful only if I checked off that milestone. Owing to that mindset, I did not come to expect a lot from my experience at NITK.

Now that I look back at it, I was wrong, and thankfully so.

Welcome to my story. It features beautiful minds, inspiring talents, exciting and disappointing events, and my take on them. Spoiler alert: the fondest of my memories at NITK aren’t those of me getting a job. Yeah, I did manage to get one.

It began with attending first year classes in Section 1. These were early days so we were still getting to know our classmates. Word was going around about the looming, ‘prestigious’ CR elections. The thought of contesting for them ran across my head, which was later subsided by the concerns of the potential imbalance it could bring to my academic performance. Following some internal debate and confidence from experienced seniors, I decided to contest for the elections anyway. I don’t remember what prompted that decision, but I was confident I could help make students’ lives easier. On D-day, after a nail-biting vote count, I won by a margin of 1 vote. This margin, probably a blessing of a confused student who ended up voting based on nominees’ shirt colours, will change the course of my next four years.

Being a representative put me in a very unique position where I could interact with most students of the section, professors and even students of other sections. It blew my mind to know how diverse the demographic was in terms of their background, interests, knowledge, ideas and aspirations. After initial ice-breakers, the bunch became tight-knitted and some went on to become the closest friends. On a parallel front, I was exposed to the workings of the Students’ Council, the voice of the student body. Grievances of mess food quality, proposals for new policies, organisation of events, were commonly discussed during those meetings. That’s when I started to understand NITK as an organisation from within – an interconnected network of people and processes, limited by the shortfall of either. In it I was a new node, and I was there to learn about everything I could get my hands on.

No sooner than that came preparations for the next Students’ Council and Hostel elections. Groups of ‘like-minded’ students started scouting for their nominees. The casual hangouts in hostel rooms turned into serious discussions of allegiances and alliances. That’s when I had my first bitter experience – of realising that people could be polarised by influences out of their control. Did this mean that it was now going to be difficult to socialise and interact with people, just by virtue of which clique they identified with? At least that was my concern at that time. It amused me how other shared interests could be disregarded before we even got the chance to express them. Would these cliques be our confines or windows for the rest of our time here?

I learnt that people find a way to connect beyond their circles, though not as frictionlessly. There was an induced resistance and I wasn’t going to let it come in my way.

Tracing back to school days, I had been interested in Space and humbled by its vastness. I was not the Astronomy expert, however, with my knowledge of stray concepts and curiosity to learn from and learn with others, I made it past the recruitments of The Amateur Astronomy Club. The people here knew a lot about Astronomy and Astrophysics and did cool projects by applying those concepts. This new window opportunity made for an exciting start to college life!

I carried a few things to the second year – a whole lot of fun with first year folks, another opportunity as a CR (I still wonder why I was the only one who contested, was everyone aware of something I wasn’t?) and decent grades. Good grades, good placement. Remember? I just had to stick to the drill. But life had other plans.

The third semester really tested my limits. I tried my hand at Music Club and Dance Crew recruitments in hope of picking up some new skills. If anyone claimed they saw me performing for MC or DC on stage, they would be outright lying. I didn’t make it for either. I saw clubs as networks of students from various fields of interests, with wide-ranging skills and experiences. It would be great to tap into them, right? Unfortunately for me, I did not make it to the shortlists of the clubs I had applied and interviewed for. This wave of unfavourable events was coupled with me securing the worst grades in all of the semesters at NITK.

Lots of questions ran through my head at this point – Does one have to already know a lot to be able to learn more? Will I ever get to meet these people, get to know them better and exchange ideas with them? Am I not good enough to be in a club or are other students far better than me? Did that mean the rest of us had hit a brick-wall and would be subject to a monotonous college life?

Following some retrospection, I realised that I was part of more than half the batch of 2019 who did not make it to an exclusive club. There was more reason to believe that there was more to the college experience, even if that meant I had to work harder to achieve what I wanted. I made a resolve to not let this hiccup get in the way of my stride to learn – from people, from events, by organising and by experimenting! So I carried on.

Be it Incident, Engineer, club events, competitions, talk series’ or classes in general,  I just knew I had to be there and learn new concepts, meet new people, improve upon what I already knew and be open to ideas that challenged mine. People were working tirelessly to create, build or put up something, it would be worthwhile to witness and participate!

In my three years of membership in the Students’ Council, I had come to understand the patterns of how various entities at NITK intertwined – the Students’ Council, the administration, the student body, the exclusive and hobby clubs, and the changes each passing batch brought about. My tiny head was trying to put together the pieces of this large puzzle and having fun at it!

As someone interested in the arts of photography and videography, I went out looking for a hands-on learning experience, and TEDxNITKSurathkal brought me that opportunity through CSD NITK. In this process, I was introduced to Faculty from other departments and was highly inspired by the collective determination to take NITK to the next level – in terms of technology, research, outreach and serving the community. I was convinced, there were plenty of opportunities out there for NITK students, all we had to do was go looking for them! (with some preparation and asking around, of course)

In my third year, academics took the highest priority. Having bagged an internship at Visa, there were no distractions in paying attention during lectures. The tough part was over. I had to get my basics right, improve scores, fully utilise the internship and secure a PPO. It all went as per plan. Getting a job did not feel like a massive achievement, rather it was a moment of relief for me and for everyone back at home.

The stage was set for me to make the most of my final year. Around this time I appeared for recruitments of an exclusive club once again, but to no luck. This window had closed, but I had an entire year to open up many more of those. Bring it on!

Of what was a tough and well-thought-of decision, I parted with my CR responsibilities in final year. I felt like I had exhausted what I could deliver in that position, and the students could welcome another face at the helm. It eased my workload, bringing me more free time for newer challenges.

While I spent most of my time working in the core teams of AAC and TEDx, I made time to explore film-making, and contributed to LSD’s maiden film Spoken Word Poetry. In tickling our brains at quizzes and designing a wacky club t-shirt for LSD, crafting Team Robocon’s marketing video and joining hands with the Artists’ Forum in doing a make-over of the beach wall, I came to appreciate the potential for holistic development at NITK.

In summary, when I reflect on the opportunities I had with AAC, TEDx, Students’ Council, LSD, AF, Incident, Engineer, Robocon and the environmental awareness campaigns CleanMyCampus, NITK Green Brigade, The Squeaky Clean Project and FaiTau that I passionately believed in, it dawned on me that I had interacted, learned from, fooled around and enjoyed my heart out with students from several batches, clubs, departments and hostels of NITK. I had come across students who wouldn’t settle for outdated processes and policies, teachers who were trying unique ways to ensure the students understood better and support staff (mess-workers, sweepers and security guards) who were receptive to friendly conversations.

Every individual that I met during college had something distinctive about them that no one else could replace or replicate, each one boasting a unique approach to life and its challenges. They had hopes and aspirations, carried varying opinions and enjoyed different company that only they could relate to. Some had crystal clarity about what they wanted, while others looked for inspiration and questioned their purpose in life. I could not fathom the world-view and intellect they collectively mustered, and knowing that I was an insignificant spec in their realm. There were more people and experiences than what I could wrap my head around. How I wished I could get to know more of them, their stories, and what values they stood for.

I came to NITK looking to get a job and not much else. Walked back out with priceless friendships, valuable life lessons, unforgettable memories, a plethora of skills and a job.

Did I find my place in this sea of people?

Curated by Iteesha V A

The Journey of Open Source in NITK- Part 2